A scenic 4 hour drive into the mountains of the inland East Cape. Accommodation here was at a 200 year old Dutch manor. Beautiful buildings and fantastic grounds and gardens. The staff here were super friendly and made a huge effort to ensure the quality of our stay.
We were taken up to a site where a decisive battle of the Boer War occurred. Lots of other historical sites in this area. It is impossible to describe the spectacular mountain scenery here. Steep, snow-capped mountains with plateaus only accessible via rocky tracks.
Wildlife here included cheetah, black wildebeest (gnu), mountain zebra, buffalo and oryx.
Some of us did the helicopter option to see a different view of these mountains … a mind-blowing experience. We met the rest of the crew on a plateau for lunch. This was a great way to end our African adventure. 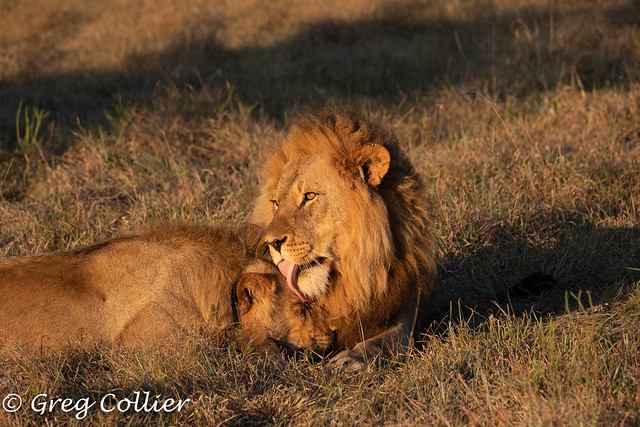 A short drive from Kariega to our next game reserve. A big improvement in the accommodation at Mark’s Camp since our last visit.
Some of our crew did the optional ‘walk on the wild side’ where they accompanied local rangers on foot to track and observe the wildlife.
Saw a crazy lion fight and found the elusive local cheetah. Lots of great wildlife spotting and spectacular locations for our sundowners (drinks and nibbles at sunset).
A member of our group celebrated a milestone birthday here and the lodge staff sang a beautiful rendition of happy birthday as they presented her with a cake. 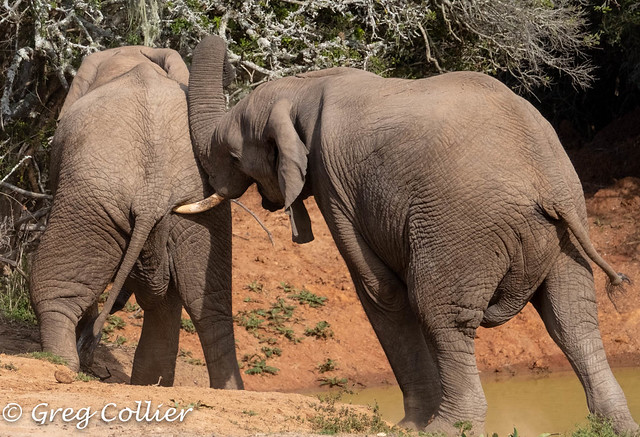 After a very early flight we arrived in Port Elizabeth and picked up our hire vehicles. The drive to Kariega was fun and we only got slightly lost a couple of times. Our group had to split up for the accommodation at this reserve … some went to the luxury Ukhozi lodges while the rest of us went to the Homestead. Everyone was very impressed by the standard of this accommodation, especially the ‘open bar’ policy.
At the Homestead we were woken the next morning by roaring lions just outside our compound. Saw lots of wild animals on our game drives and the knowledge of our rangers was amazing … so much to learn about African wildlife. It was breeding season and we witnessed lots of males challenging each other for dominance. A couple of young bull elephants were smashing each other right in front of our game vehicle. 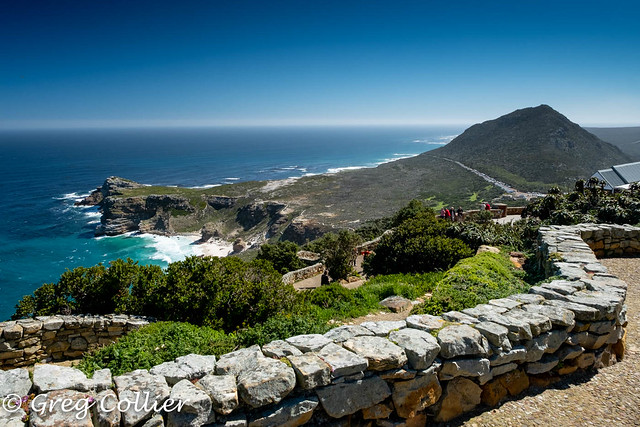 As usual, a very efficient Frank met us at the airport and transferred us to the luxury Commodore hotel near the V&A Waterfront precinct. We spent the next morning checking out the waterfront and the nearby markets. A guided visit to the spectacular Table Mountain was the afternoon’s activity.
Most of our group found great restaurants to sample the local cuisine for dinner.
The next day we had a scenic trip to the Cape of Good Hope and made the climb to the Cape Point Lighthouse. We lucked out with perfect weather for this trip as it can get pretty wild around this meeting of the Atlantic and Indian oceans.
For our final day in Cape Town, Frank took us to the Stellenbosch district where we got to sample the local wines and were very impressed with the quality … especially the local Pinotage. We also visited the Cheetah Outreach centre and the Raptor Refuge. Afternoon tea at a berry farm capped of a wonderful day. 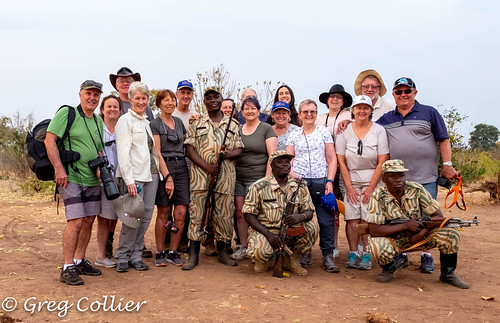 Last day in Zambia. Had a great experience walking in small groups to observe a herd of white rhinos. The heavily armed escorts were a bit confronting but were obviously needed for safety.

We were all sad to wave Kiswell goodbye at the airport as we prepared for our flight to Cape Town via Johannesburg. A bit of a bonus had most of us bumped to business class for the first flight.

Kiswell took us to the border of Zambia and Botswana today. Absolute chaos as hundreds of trucks carrying copper were waiting up to 2 weeks to cross the river on a barge.

Our game drive into the Chobe National Park was brilliant and as we travelled along the river bank we saw a large number of Elephants in family groups. Saw Hippos, Crocs, Cape Buffalo, warthogs  and various species of antelope. Had lunch at a posh resort and went out on a boat tour of the same area, getting up close and personal with crocs and hippos. 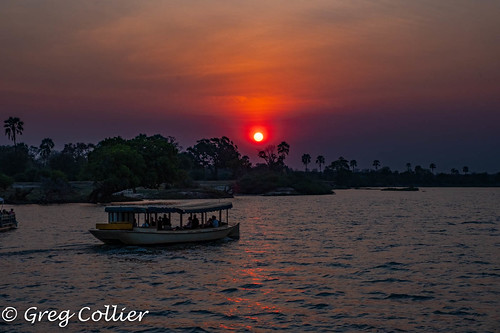 Ending the day with a sunset cruise on the Zambezi with Zambia on one side and Zimbabwe on the other. Spectacular scenery and lots of wildlife including Hippos and Nile Crocs. Great food and unlimited grog. Then G&Ts went down very well. 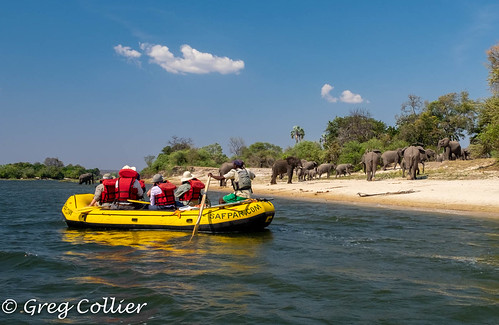 Some of our crew braved the grade 5 rapids of the lower Zambezi while the rest of us chose to drift 8km down the upper Zambezi. We had a dramatic moment when a huge bull elephant charged our raft and caused some frantic back paddling. We had encounters with Hippos and Nile Crocodiles as well as numerous bird species. The mighty Zambezi lived up to its fearsome reputation for both groups. 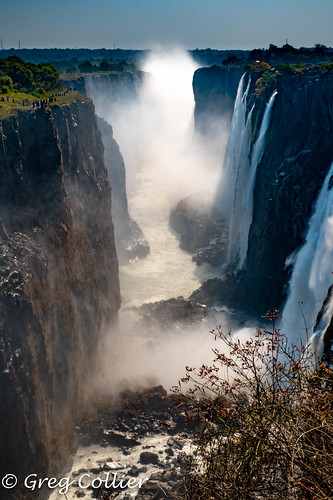 After a long flight from Sydney and a relaxing night at the Africa Sky resort in Johannesburg we arrived in Livingstone, Zambia for the first part of our African adventure. Our local guide, Kisswell took us for a walk around Victoria falls and we were all impressed by the sheer scale of this natural wonder. There are no photos that would do this place justice. This is the dry season so the volume of water is reduced but it is still a jaw dropping experience to hear the roar and see the spray produced by the waterfall.